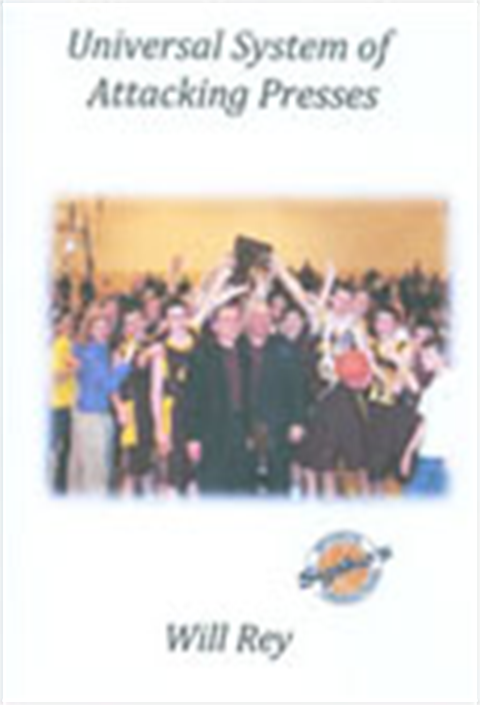 This video demonstrates one universal system that can be used to attack any press. Coach Will Rey uses on-court demonstrations to teach a system that preaches three near outlets and one deep threat. The attack is designed to allow the ballhandler to make only one decision - Am I being double teamed or single covered? - and based on that decision the attack is ignited. Coach Rey also covers four special sets that can be used and how the attack works against a man-to-man or zone press or surprise traps. Running Time: 71 Minutes.