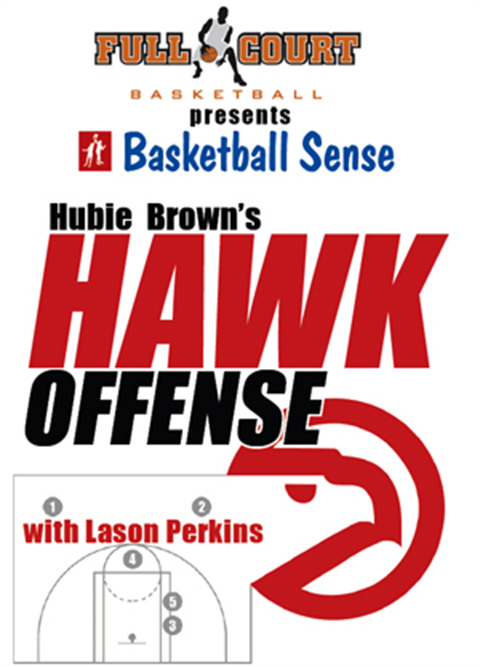 "WOW!!" For the first time ever, the legendary HAWK Offense is explained in detail on a coaching video or DVD. Originally a standard NBA offense, the past two decades have seen HAWK migrate to the college and high school levels despite the scarcity of information on it. Hall Of Fame coach Hubie Brown created the offense in the 1970's while coaching in the ABA, but it quickly became known as HAWK when it became the base scheme of the Atlanta Hawks. Designed to be used against both man and zone defenses, HAWK offers a variety of options and actions to take advantage of strong post players and great shooters. With a basic action and alignment that makes the HAWK easy to install and teach at any level, the addition of pick and roll plays, isolation actions, post plays, and alternate entries makes the HAWK a powerful offense that is hard to scout and defend.