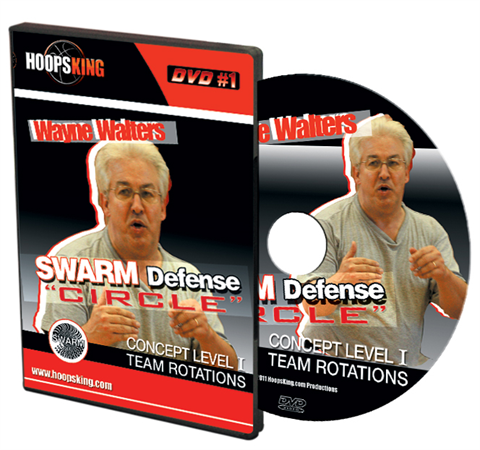 The Swarm is a revolutionary defense that relies on certain man-to-man principles while primarily acting as a trapping zone that causes fits and panic for an opposing offense. It's the perfect defense for even less athletic teams to pressure and contest both the dribble and shots. The Swarm is an entirely new defensive philosophy for your team! The Swarm takes everything you already know about defense and turbo-charges it with logical transitions to counter any offensive attack -- man or zone. By the time the offense figures out what's going on, the Swarm has morphed into another formation or scheme.