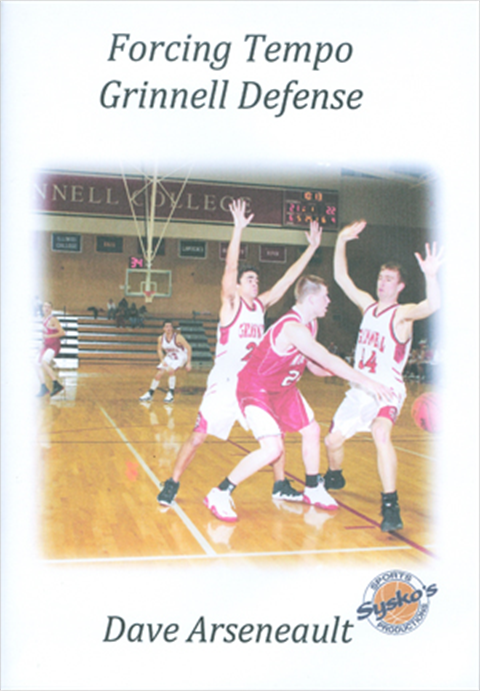 Grinnell has been known as an scoring machine, but much of their offense is predicated on forcing turnovers. They force an average of 29 turnovers per game with a goal of 32. The Grinnell defense starts in the full-court with intense ball pressure trying to force the ball to the outer third of the court. The wings try to force the ball up the sideline without allowing a return pass to the inbounder, the interceptor defends passes sideline and middle and the safety is more concerned with a pass down the sideline then crosscourt. The system is show against four different press attacks. The DVD also demonstrates pressing off a missed shot and a variety of special situations including defending in the half-court. Running Time: 40 Minutes. 2008.