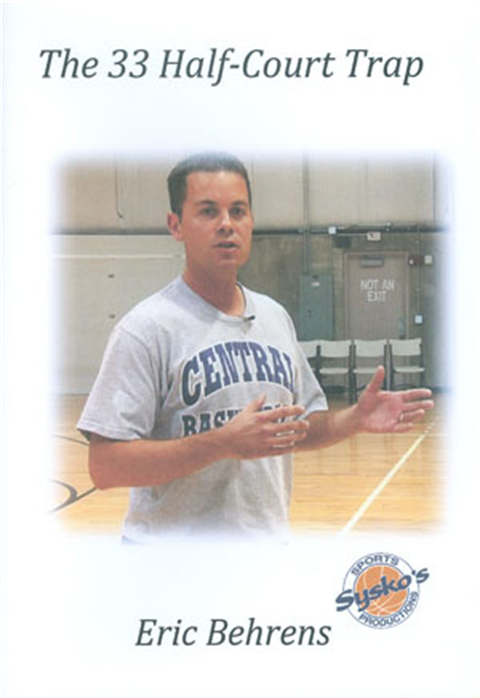 Eric Behrens has lead Omaha Central to three Nebraska state championships. The 1-3-1 half-court trap has been part of his arsenal for each of those championships. Behrens opens the DVD with the four keys for a successful trapping defense and defines the positioning for each player. The keys include five players moving on the flight of the ball, rim protect first, keep ball out of the middle of the floor, and have a triangle behind the trap. He then shows the defense in a variety of situations including versus a box set, strong ballhandler, 1-4 set, sideline inbounds, in a late game situation and how to retreat back into a 1/4-court defense. The DVD includes game footage. Running Time: 44 Minutes. 2009.