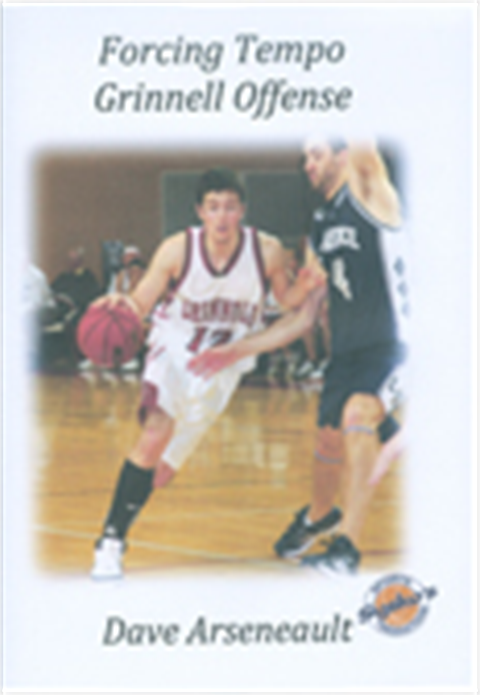 The Grinnell offensive system has grown over the years and Coach Dave Arseneault uses his players in this on-court demonstration to show the system in its entirety. The DVD begins with the offense after being scored on and all the options - which include point guard attacking the rim, right wing off a double screen, trailer option, left wing setting a screen and using screens and finally a swing/swing option. The offense also employs a two-man game when the point guard is forced from the middle. The options are the same when attacking off a live ball change of possession. Their offensive attack versus a zone is also demonstrated. The on-court demonstrations finish with a 10-minute drill to teach the players how to play until effectively tired. Coach Arseneault concludes the DVD with 2008.