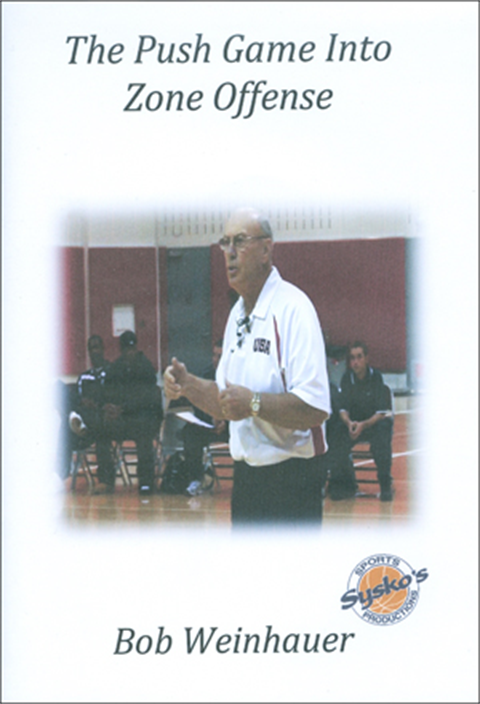 The Push Game Into Zone Offense

Bob Weinhauer lead Penn to the 1979 Final Four and built the two-time NBA champion Houston Rocket teams as their GM. In this DVD he teaches a transition offense that flows easily into a zone attack. The transition offense is a numbered break that leads to both inside and outside options in secondary-type actions. The offense converts easily to a zone attack called two-over reverse. Weinhauer emphasizes that second shots win games and it is the coaches job to convince players to go after those second shot opportunities. Running Time: 32 Minutes. 2009